Burtenshaw Scoufis were engaged to design the new office for the Student Services Sector at the University of New South Wales. As part of the design, SSD requested a mix of open plan and private work spaces along with collaborative work areas.  This project involved the fit out of an entire level of the University Library Building with a deep floor plate.

To maximise light penetration, private workspaces and meeting rooms were clustered in the centre of the floor plate with glazing being used where acceptable to allow light to penetrate throughout the floor plate. Workgroups were generally organised into private and semi-private work zones. Meeting areas and collaborative zones were distributed throughout the floor to break up open work spaces as well as create privacy barriers. As a largely open plan office, acoustic properties needed to be thoroughly considered. Acoustic elements became a major design feature throughout, defining and dividing private and public spaces. 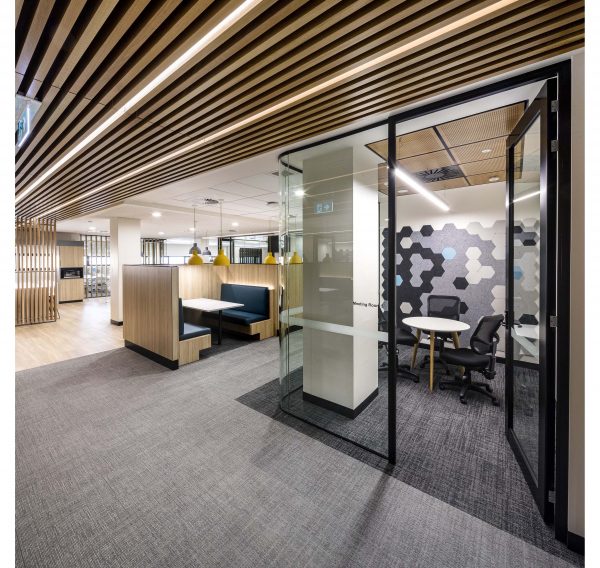